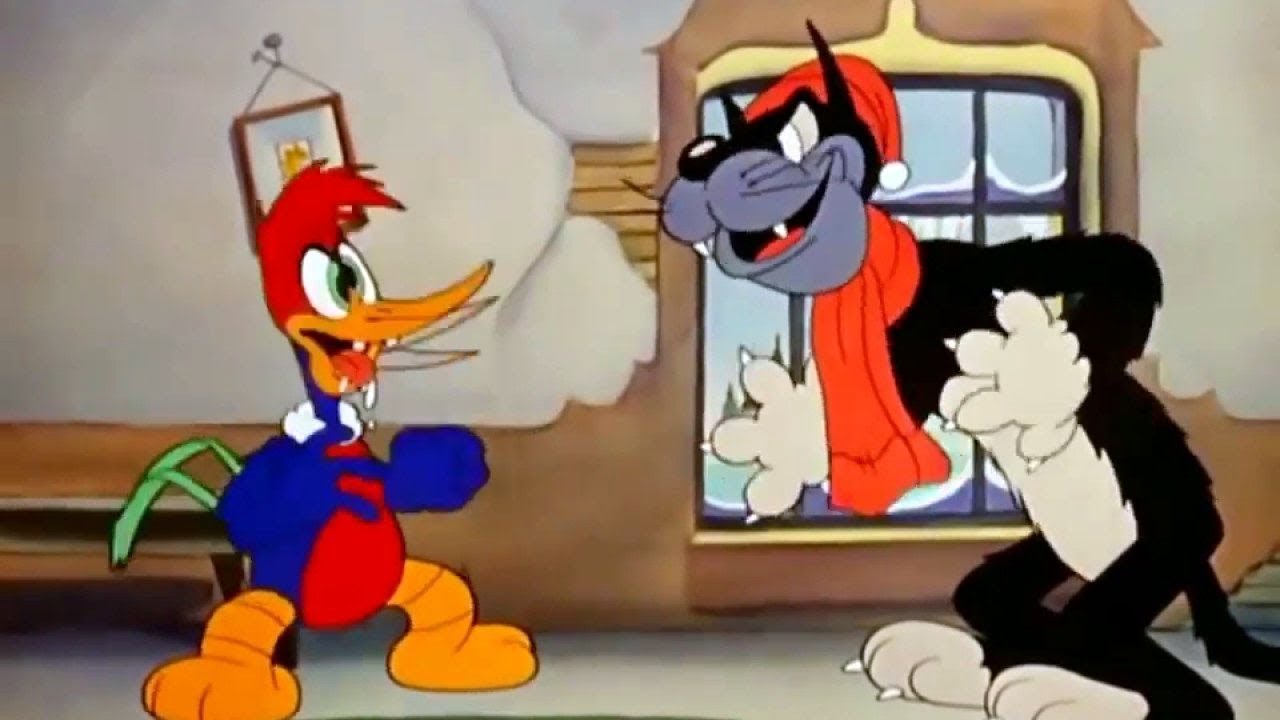 Boy Meets Dog Walter Lantz 1938 Color
A strict father, who wont let his son eat sundaes, go fishing or keep a stray dog, dreams of being taken to a forest and put on trial by various elves, pixies and other creatures. The unwanted doggie is the star witness and the dad is sentenced to a "youth machine," which brutally turns him into a baby. Upon awakening, he reforms and takes all the boys fishing. Dont miss eight bars of the hottest organ solo you're ever likely to hear!

Cold Penguin Walter Lantz 1955 Color
Chilly Willy tries to get to a furnace guarded by a dog.

Pantry Panic (Woody Woodpecker) Walter Lantz 1941 Color
A ground hog, who is a weatherman, predicts a terrible cold front. Everybody leaves but Woody who stays behind and faces starvation. Along comes a hungry cat and Woody and the cat try to eat each other for supper.

Swiss Miss-Fit Walter Lantz 1957 Color
In the Swiss Alps, a St. Bernard dog tries to "save" Chilly Willy, so he can keep his job.