A portion of some of the cartoons we have in high definition. 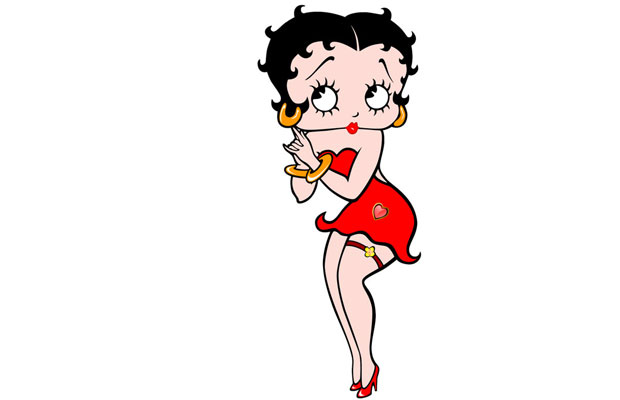 
‘T’was the Night Before Christmas’ Christmas Cartoons 1933 Black & White
A narrator sings the opening stanzas of the classic poem while we see the house at rest. Santa lands on the roof, comes down the chimney, and opens his bag. The toys march out and decorate the tree, with the toy soldiers shooting balls from their cannon, a toy airplane stringing a garland like skywriting, and the toy firemen applying snow. A blimp delivers the star to the top. Meanwhile, Santa fills the stockings. His laughter awakens the children, who sneak out. The toys rush to their places, and Santa escapes up the chimney just in time. The closing verse is sung.

Adventures of Sam Space 1955 Color
Two boys, Chuck and Sam find a time capsule in a cave and take it to Professor Seateck. The professor finds that the capsule contains a message that had been sent to the planet Meeca whose inhabitants helped Earth in its defense against attacks by the Space Islands in 1960. Sam, Chuck, and the Professor travel to Meeca with the Meecan robot Robo. They are attacked by the Space Islands en route but arrive safely to meet with the friendly Meecans.

Alice Rattled By Rats! Disney 1925 Black & White
While Alice is away, her cat is guarding the house. He chases one pesky rat inside the house, and shoots a hole in the floor, which he falls through, into a vat of home-brew. With the cat thus away, the rats play, at first dancing and singing, and later playing in the bathtub. The cat eventually sobers up (after he lands in a cactus), and tries to blow up the rats (and house!) with a bomb, but the rats plant the bomb on the cat, who blows up himself, Alice, and several nearby trees.

Betty In Blunderland Betty Boop HD 1934 Black & White
Betty Boop falls asleep while working an "Alice in Wonderland" jigsaw puzzle. The White Rabbit in the puzzle comes to life, and Betty follows him through the mirror (a.k.a looking glass) into Blunderland, which is just like Wonderland except that it has subway stations. After all the inhabitants of Blunderland emerge from the Mad Hatter's hat, Betty greets them in song ("How Do You Do") while they engage in various spot gags. The monstrous Jabberwock appears and carries Betty off; the Blunderlandians give chase in an attempt to rescue her. After the entire company gets pitched over a cliff, Betty wakes up. She catches the White Rabbit and puts him back in the puzzle where he belongs.

Boo Moon 1954 Color
Casper emerges from a subway station, following a crowd of scared strangers. He encounters a man saying "see the wonders of the moon for ten cents," and offering a sight through a telescope. Casper scares the man away, then uses the telescope to see the moon. He then flies to the moon for a visit. Casper lands on the moon, disappointed to find no man on the moon. He lies down to nap, then tiny moon men emerge from holes. They capture Casper, like Lilliputians did to Gulliver, then place him in a cage on wheels, in which they tow him to the Ruler of the Moon, King Luna. The King addresses Casper as a monster, and treats him as an enemy. Casper playfully picks up King Luna, and the king has him placed in the royal dungeon. A dejected Casper is imprisoned. Then animated trees attack the city of the moon men. The moon men defend their fortified city with flaming missiles. The tree monsters fight back with water, then break through the town walls. When the fight seems lost to the tree

Christmas Time in Toyland Castle Films 1970 Color
Doris throws a Christmas party at her apartment and invites Mr. Jarvis. However, not only does Jarvis turn down her invitation, but he threatens to call the cops if Doris and her guests make too much noise.

Ding Dong Doggie Pudgy 1937 Black & White
Against Betty Boop's orders (and to his own discomfiture), Pudgy the Pup accompanies a dalmatian fire dog to a fire.

Is My Palm Red Betty Boop HD 1933 Black & White
For customer Betty Boop, psychic reader Prof. Bimbo conjures up an adventure on a haunted tropical island in his crystal ball.


Musical Mountaineers Betty Boop HD 1939 Black & White
After running out of gas in hillbilly country, Betty Boop seeks help from the locals, but ends up being held at gunpoint. She proves her identity as a dancer by putting on a demonstration; the hillbillies join in with their genuine bluegrass stylings. Won over, the rustics give Betty a jug of good ol' sour mash to fuel her car.


Poor Cinderella Betty Boop HD 1934 Color
In her only color cartoon, Betty Boop goes to the ball thanks to the good fairy; later, only her foot fits the glass slipper.

The Paneless Window Washer Popeye 1937 Black & White
On the outside of an office building, Popeye and Bluto duke it out as rival window washers.


The Wizard Of Oz Ted Eshbaugh 1932 Color
Dorothy Gale is swept away from a farm in Kansas to a magical land of Oz in a tornado and embarks on a quest with her new friends to see the Wizard who can help her return home to Kansas and help her friends as well.

Two For The Zoo Gabby 1941 Color
Nobody's perfect; even the great animators Dave and Max Fleischer - the creators of animation Hall Of Fame characters like "Koko The Clown," "Betty Boop" and "Popeye."However, "Grumpy" is certainly not a good effort. I don't know if I've ever seen a good Grumpy cartoon. He's an obnoxious little guy with a raspy, irritating voice and the cartoons simply aren't funny. What were the Fleicher's thinking? I don't think the Grumpy cartoons caught on with the public, anyway, as "Gabby" lasted a little less than two years and only eight cartoons were made. National critics today admit the Gabby stories were lame.This particular cartoon is a prime example. Grumpy insists he knows what a "rubberneck kango" is, but really has no idea. He has to deliver it from a crate to a rural zoo. He constantly mistakes the baby kangaroo for the mother; the little guy for the big guy. He thinks the animal keeps changing size. He can't see the big one five feet away? Anyway, that's the whole joke in here and I never laughed once. I doubt if anyone would, especially animal-lovers who would recoil at Gabby trying to beat up the little baby roo. It's pretty despicable.


Christmas Night Christmas Cartoons 1934 Black & White
On Christmas Eve, the Little King sneaks two tramps into the castle. The next morning, the three men are thrilled by the presents Santa left behind.

Five Orphans of the Storm’ Aesop’s Fables Christmas Cartoons 1924 Black & White
Starts with what looks like British animation then onto an early silent cartoon with sound,does anybody know what cartoon this is.

Hector’s Hectic Life Christmas Cartoons 1948 Color
Hector is a dog with an easy life and the run of the house when the lady of the house gives him a warning...one more mess and you're out. Hector would be okay if not for the fact that three little puppies have been left on their doorstep. Hector has a hectic time keeping them in line and cleaning up their messes without alerting the lady

Jingle Bells Christmas Cartoons 1926 Black & White
Dave Fleischer directed this animated short that shares similarities with those "follow the bouncing ball" films that had movie audiences singing a song before the picture started. The difference here is that we've got an animated character helping create the song lyrics on the screen and we get a few other animated effects. This thing clocks in less than three-minutes so there's obviously nothing ground-breaking here but if you're a fan of the Fleischer animation then you'll certainly want to watch it. Again, this is just a simple song but it was fun for what it was

Santa’s Surprize Christmas Cartoons 1948 Color
Five children from around the world follow Santa home on Christmas Eve, and decide to give him some extra help around the workshop.


Suzie Snowflake Christmas Cartoons 1951 Black & White
Like a previous song "Hardrock, Coco, and Joe", "Suzy Snowflake" was made into a stop-motion animated short by Centaur Productions. As with the previous one, the choir sings with no musical accompaniment. They are the Norman Luboff Choir with Norma Zimmer singing lead. She would eventually be a "Champagne Lady" for Lawrence Welk. This was a pretty amusing short about the title character who makes snowmen. Loved the scene of a human innocent bystander accidentally becoming one. As with the above and a couple of UPA shorts, Frosty the Snowman and Peter Cottontail, they were all licensed by the song publishing company Hill and Range and were staples of kids' Chicago TV for years. As with the others, this one is definitely worth a look.

The Shanty Where Santa Claus Lives Christmas Cartoons 1933 Color
Christmas Eve. A poor orphan boy trudges through the snow, pathetically. He finally arrives at his miserable cabin. While he is crying, Santa arrives and, singing the title song, offers to take the boy to his workshop. They arrive, and the toys go wild (in the full version, they sing the title song, but this has been censored in some versions due to outdated stereotypes). He plays with a few toys. A candle falls off the tree and starts a fire. The toys try in vain to fight the fire; the boy hooks up a hose to a set of bagpipes and takes care of it.

The Toy Shop (in Technicolor) Christmas Cartoons 1928 Color
Movie buffs who are interested in early experiments with color and sound may find this rather strange Christmas-themed short worth watching, but it's not likely to mean much to anyone else. The Toy Shop tells a simple tale of a pauper girl in a French village, alone and reduced to begging, who is rescued from the snowy streets and set before a warm fire by a kindly old toy maker. While playing with dolls in his shop she falls asleep and dreams of life-size wooden soldiers, a lady in a plumed hat, a Raggedy Ann-type mischief maker, and a tumbling clown. When she awakens she is treated to a Christmas meal by the old man.

Toys will be Toys Christmas Cartoons 1949 Color
Toys in a toy store come to life at night, and perform in a toy parade before the Doll Princess, all of which leads to the "Screen Song" sing-a-long, "Oh, You Beautiful Doll".