The Retro Cartoon Vault home to a number of animated Features in addition to its hundreds of episodic cartoons. 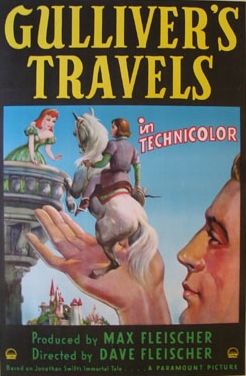 Attack of the Supermonsters Japan 1982 Color
In the year 2000 the dinosaurs reappear on planet Earth, terrorizing mankind. In the near future it's discovered that the dinosaurs did not die off, but instead live on near the center of the Earth. The evil lord Tyrannus uses the mutated dinosaurs descendents to attack Earth in his effort to rule the world. Can Gemini Force, a group of four superpowered teens who've pledged to protect the Earth, stop his plans?

Dot and the Kangaroo Animation 1977


Dot and the Bunny Animated 1983 Color
Dot promises a mother kangaroo that she will find her lost joey. An orphaned rabbit overhears this promise and pretends to be a kangaroo because he wants a mom. Dot and the rabbit travel through the Australian outback and learn a lot about different kinds of animals.

Johnny The Giant Killer Animated-French Fairy Tale 1950 Color
Animated feature from France, "Johnny the Giant Killer" incorporates Disney, Dali, Tex Avery and Hanna-Barbera into a crazy, frenetic adventure. A group of boys stumble upon a giant's castle, get captured and shrunken into miniature, and are then imprisoned. One boy escapes, is given refuge by a kingdom of bees, and then leads an insect invasion of the giant's castle.


Mr. Magoo's Christmas Carol Animation 1962 Color
An animated, magical, musical version of Dickens' timeless classic "A Christmas Carol." The nearsighted Mr. Magoo doesn't have a ghost of a chance as Ebenezer Scrooge, unless he learns the true meaning of Christmas from the three spirits who haunt him one Christmas Eve.


Santa and the Three Bears Animated Feature,Christmas 1979 Color
For those who believe the Martians got Santa and replacements are in order, this prophetic little tale of the ranger (Hal Smith) who helps out a mother bear (Jean Vanderpyl) by playing Merry Old Nick to her two cubs. It takes place in Yogi Bear's realm, but "another part of the forest."


Shame Of The Jungle Animation 1975 Color
Shame, the ape man of the jungle, is aghast when his woman, June, is kidnapped by a gang of giant penises. They take her to their queen, Bazunga, a bald woman with fourteen breasts. After tangling with a gang of great white hunters, a marauding lion and the Molar Men, Shame sets off to rescue her with only his faithful friend Flicka at his side. He heads for that darkest of areas ..... Bush Country!


The Night the Animals Talked Animation 1970 Color
Common farm animals in the stable of Christ's birth begin to talk and communicate for the first time upon Mary and Joseph's arrival. They realize a miracle is about to take place, but lose their ability to speak following the birth of Christ as they rush to tell all about the Savior's birth.